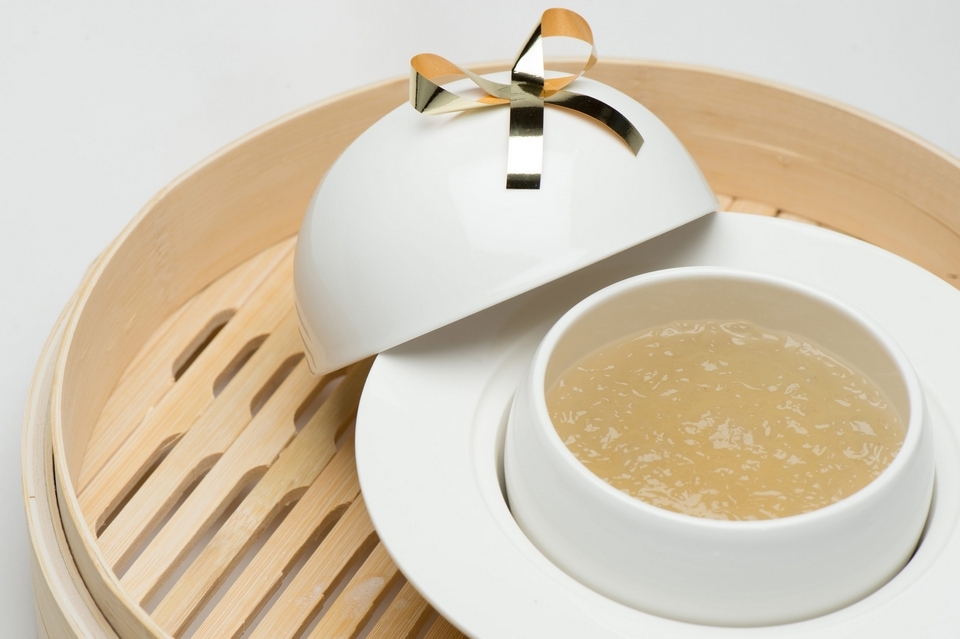 The most famous use of edible birds nest is bird’s nest soup, a delicacy in Chinese cuisine.

When dissolved in water, the birds’ nests have a gelatinous texture which is added to a sweet soup [tòhng seui]. It is mostly referred to as 燕窝 [yin wò] unless references are made to the savoury or sweet soup in Chinese cuisine.

According to the Qing Dynasty manual of gastronomy, the Suiyuan shidan, bird nest was a delicate ingredient that must not be flavoured or cooked with anything strong tasting or oily.  It should be served in a sufficient amount for its texture to be fully experienced and enjoyed.